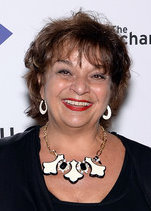 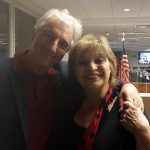 with Lin at SAG-AFTRA

We had the pleasure of first meeting Lin during a SAG-AFTRA event in New York and immediately hit it off, joking and talking about … salami! She is a joy, very funny and endearing.

Lin agreed to read MegaBall$ but warned that it may take some time because she is shooting OITNB, but in a very short time responded, “Bravo, what a great script!…Sooo many things resonate for me….Your characters and storyline are rich in content….Fun and fast!…Your devotion to detail is profoundly admirable”

We agree with Lin, that the role of Rosa and Lin is a perfect fit, “fun, and would be a blast to create.”