We’re helping two indie films with releases happening now! Both are having releases throughout the US. Check them out and support IndieFilm 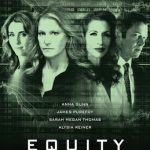 The first is EQUITY, a female written/directed/starring drama about Wall Street, opening in NY at the Angelika Film Center, and and the Lincoln Plaza Theater. It’s been getting good press – read the NY Times. There will be Q&A after some screenings…. 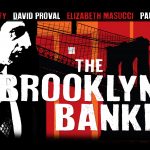